The shingle spits and islands at Shingle Street are fluid and transient. They shift and move with the tides. The rivers Ore and Alde enter the sea here and there can be treacherous currents. The tides can also be fast and furious. People die at Shingle Street.

That being said I like to swim there, I like to explore the shingle spits. Some of these are visible at low tide and some are just beneath the water providing a causeway to other spits and islands  – I like to walk along these.

Between Christmas and New Year I went to the beach with friends. 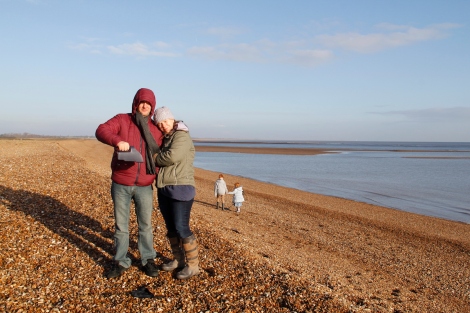 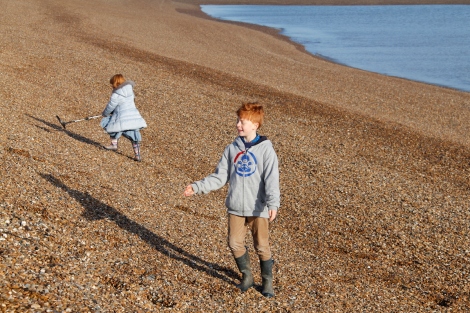 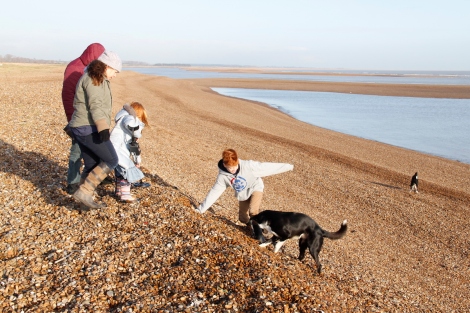 The dogs and kids played

But the lure of the water was too great for Jude and me. We tried to get to this island by walking along the spit and crossing far out to sea, but the tide had turned and was coming in too fast. 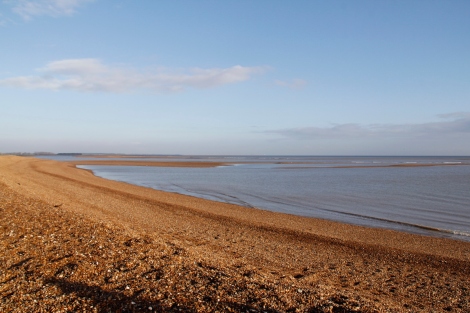 I then spied a submerged causeway that might take us to the end of the island nearest the shore.

My wellies were bigger than Jude’s and I just managed to pick a route across and reach the island.

I took pictures and started to walk along the island out to sea.

My friends waved at me, I waved back.

They waved again, this time shouting. The tide was coming in fast. I realised I had to go. The submerged shingle causeway I followed to get to the island had gone, there was just water. Between the shingle banks there are deep pools – these are great to swim in in summer, but icy in winter. I strode out hoping that I wouldn’t fall in and ruin my camera. The water came over my wellies and filled them, but I was lucky and made it back. Although I had to squelch up the beach and walk to the car with freezing wet feet, it was worth it. 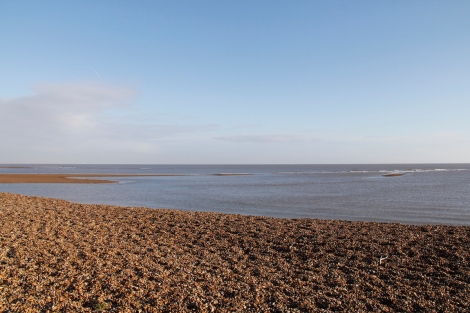 The island has nearly vanished now

On the way home

6 responses to “The Treacherous Tides of Shingle Street”