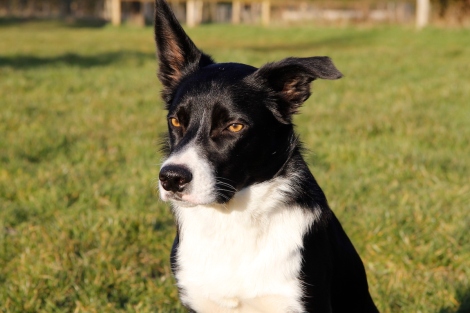 Last Saturday I got up at 4.30am to drive 3 hours to a Working Dog Trial in Oxford.

It was Kainaat’s first trial (dogs have to be 18 months before they can compete). He was competing in the lowest stake – CD. 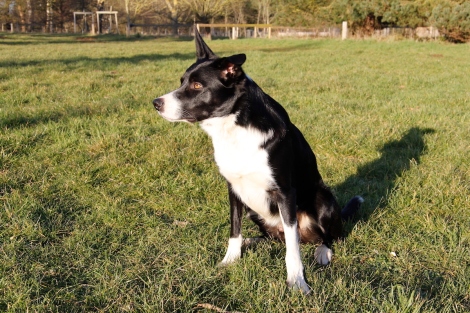 I wasn’t sure how well we would do. Kainaat is bright and willing, but we haven’t done that much training as life is hectic here and I am not the most competent dog handler!

He was very excited to be at the venue – lots of other dogs, lots of new smells, lots of dog wee to investigate.

First we had to do a retrieve and then the search square. His retrieve was so-so – see here for why Kainaat isn’t so keen on the retrieve and for my description of the various exercises you have to do at a trial. His search square was very good though. He found all three articles and brought them to me in the required time. He was chomping on them a bit so we lost a few marks, but we will work on that. 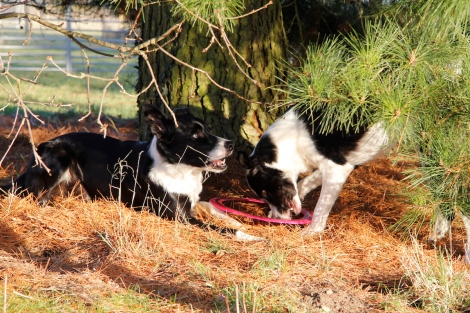 Then there was the control and agility round. Heel work was atrocious – at one point I was striding off all by myself while Kainaat investigated a smell. Heel work is boring so we don’t practice it, so we are rubbish at it. We will practice more! His sendaway was pretty good. He ran  the distance out but instead of running to the crossed poles he ran to a fence post nearby. I was able to redirect him left though and he ended up right at the poles – very good boy. 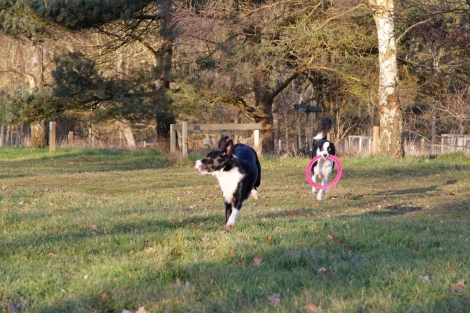 Then there were the jumps. Kainaat is a lovely jumping dog, but jumps make me nervous because Daisy Dog was an unreliable jumper! He did the 3 foot clear jump and the 9 foot long jump with no problem. He then went over the 6 foot scale. Usually I give him a down command on the other side, but for some reason instead of giving it I stood there like a lemon with my mouth open. I think this is why he did a half down and then changed his mind and came back before I had called him – we still got 8/10 for it. 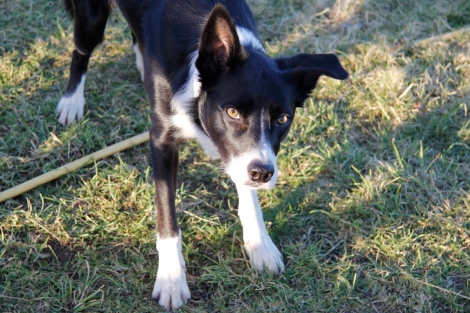 At the end there were the stays.  A 2-minute sit stay and a 10-minute down stay out of sight of the handler. He isn’t very good at sit stays as he lies down, but my wonderful, lovely boy did them both perfectly. 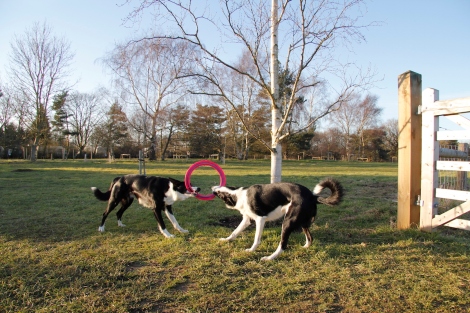 And that meant that we had enough points to qualify CDex – he has passed the first level and can go on to work at the UD level. Only 4 dogs out of 16 (I think) passed so he did really well especially as it was his first ever trial – I am so proud of him. He qualified despite, not because of me. I will endeavor to be more on the ball at the next trial. 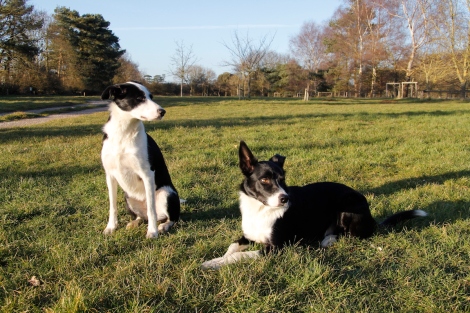 N.B. why Mr Universe? Because Kainaat is Arabic for universe

N.B. Dreaganta is Gaelic for fierce, perverse or wrangling and is the kennel name he has from the breeder