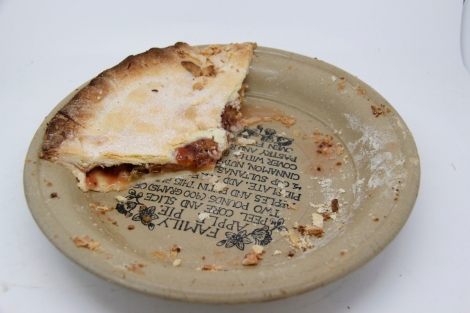 This pie is very very good. It is based on a recipe from Nigel Slater Tender vol. II and the best bit is that you reduce the lisquid that comes out of the gooseberries when cooking them into a syrup, which because of the pectin in it sets a little like a jelly when cold – basically this means no more soggy gooseberry pies. I adapted it by making my pastry with lard as I made a new batch of lard from the fat from our piggies a month or so ago – see here for a post on making lard. I also added in the last of our elderflower cordial to give a hint of elderflower to the filling – see here for making the cordial. 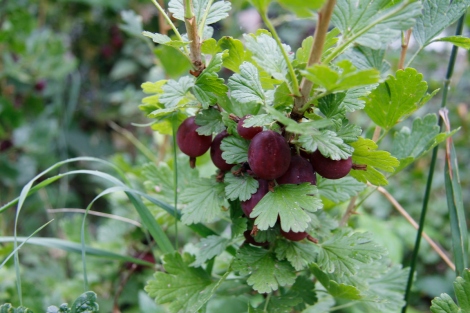 Rub the lard into the flour by hand or in a mixer. Add in the icing sugar and egg and mix into a dough. Wrap in cling film and chill in the fridge for a while (at least an hour). Meanwhile make the filling. Gently simmer the gooseberries with the sugar and water until they have softened but haven’t collapsed. Lift the fruit out of the saucepan with a draining spoon and put them in a bowl. Boil the liquor down until it makes a thick syrup. Add in the cordial.

Roll out just under half the pastry and line a pie dish. Blind bake at 200C for 15 minutes (using baking beans if you like). I overcooked mine a bit as I am dozy and forgot about the pastry. Let the base cool, then add in the gooseberries, spoon over the syrup and top with the rest of the pastry. make two cuts in the top and bake at 200C  for another 20-25 minutes. When you take it out of the oven sprinkle the top with some more sugar. 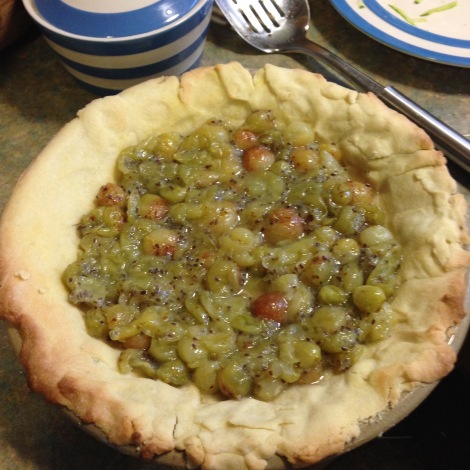 We ate the pie cold with sour cream – it was very very good. I won’t be making any more gooseberry crumbles I will just be making pies from now on!

One response to “Gooseberry and Elderflower Pie”