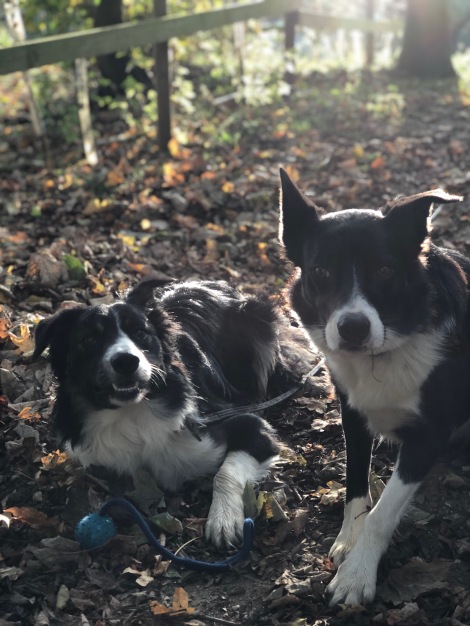 There is a new dog training regime round here – WWTD – or what would Toffee do?

Toffee is a beautiful, toffee-coloured Spanish hunting dog of a friend. Apparently when a new dog entered their little pack she refused to even let the new dog look at her for three weeks. If he even so much as took a peek in her direction she growled and he looked away. Eventually over time she accepted him more and more into the pack, but he had to earn his place and he knew she ranked higher than he did.

Contrast this to how I welcomed Zephi into the pack: a shower of attention, lots of toys to play with, yummy food treats, a snuggle place on the sofa.

This approach worked fine with Kainaat. Both me and Daisy Dog cooed and ahh-ed over him, fussed him and made sure he felt special. But Kainaat is fundamentally a team player and a laid-back dog; he knew I was pack leader and just settled in.

Zephi is very, very different. He is independent and strong-willed. He is a very forceful presence in the house and acts like he has everyone wrapped around his paw – which is probably true. He is very friendly, sweet and extremely intelligent, but he is constantly pushing boundaries, only engages on his terms and when it suits him, has no recall and (shock, horror) I realised I am constantly adapting my daily life to fit around him.

Toffee wouldn’t do this.

So now nor do I – hence the new dog training regime.

Yesterday I wanted to take the dogs to track on a local playing field and for a trip to our local town for coffee. Zephi wouldn’t jump in the car. He basically refuses to get in the car crate every single time we go out.  He doesn’t have a problem with jumping as scrambling over much bigger fences to get to sheep doesn’t deter him in the slightest.

Up until now I have lifted my 20-odd kg, 1-year old dog into the back of my car.

Toffee wouldn’t do that. 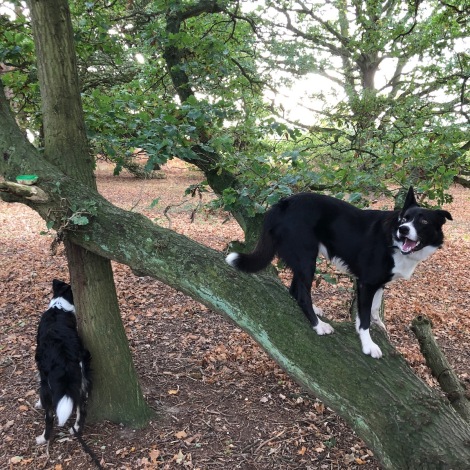 Toffee would just put the wretched dog back in his crate in the house and go to town with the nice dog and have a lovely time.

So that is what I did.

Zephi lies upstairs with me in m office while I work. Generally he is OK, but sometimes he puts his paws on me and demands attention on his terms and schedule – which I give him.

Toffee wouldn’t do that.

Fingers crossed the new regime is working out OK. Now for an intensive week of recall work. Toffee wouldn’t put up with a dog that didn’t come when it was called in all situations. 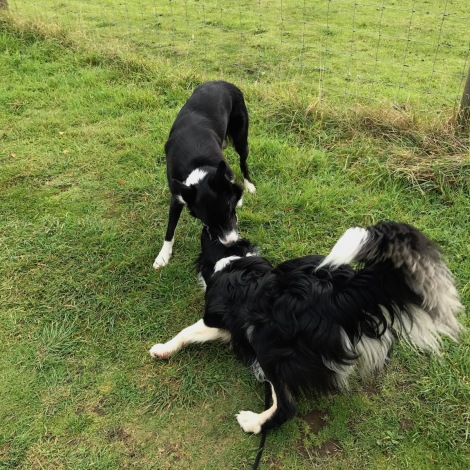 N.B. Lots of dogs have no real recall. You only really have a recall if your dog comes to you in every situation never mind what the distraction is. Zephi understands the concept of a recall and  will do it when we are training, but if he has better things to do then he has absolutely no recall.

This is a photo taken just before Zephi got bored with me taking a photo and ran off into the road. A recall is important not just in the context of his working life, but also for his safety and freedom. 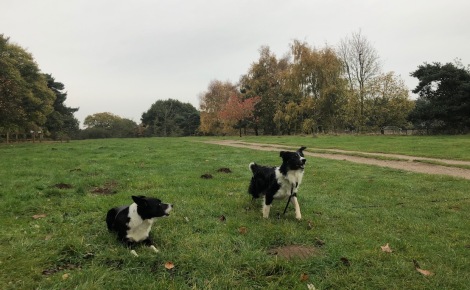 6 responses to “What Would Toffee Do?”